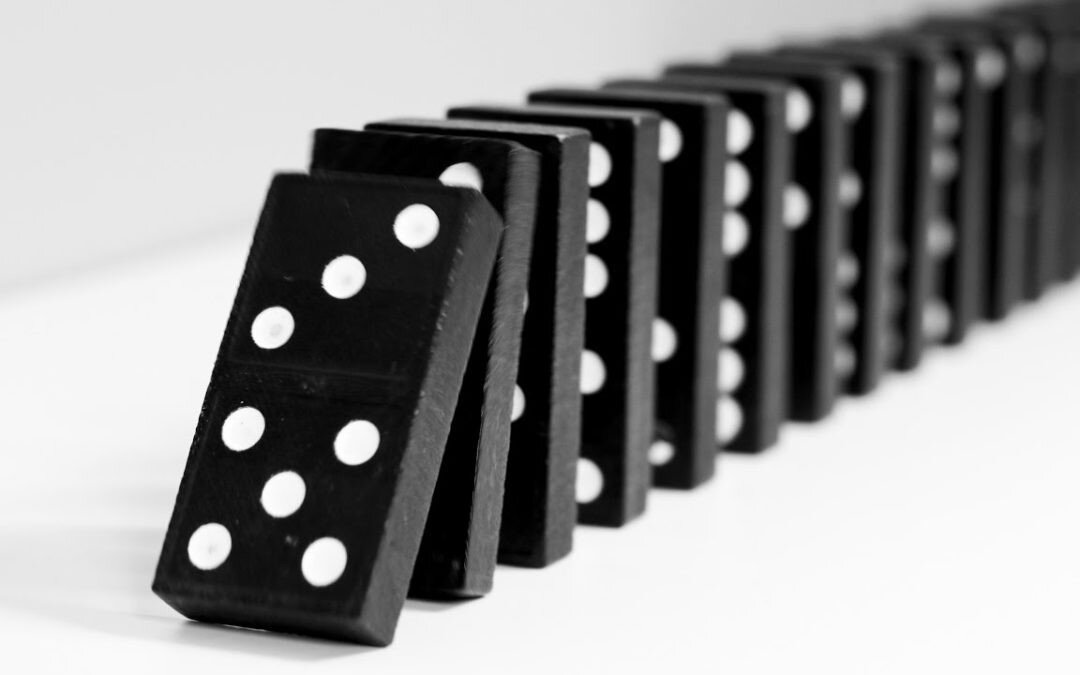 The 3 Ways Coronavirus Will Change Job Searching… And What You Can Do About It Now was originally published on Break Into Tech.

As a former career coach, I’m getting this question everyday from anxious job-seekers.

And I totally get it. With each hour bringing gloomier headlines, it’s easy to feel paralyzed by the pandemic.

But it doesn’t have to be that way…

Because the #1 psychological advantage of successful job-seekers is that they feel empowered to control their career destinies.

This internal locus of control means that, no matter what the world throws at them, they retain the agency to chart their own course. And so when others surrender to the winds of fate, these job-seekers persist — and ultimately win out. 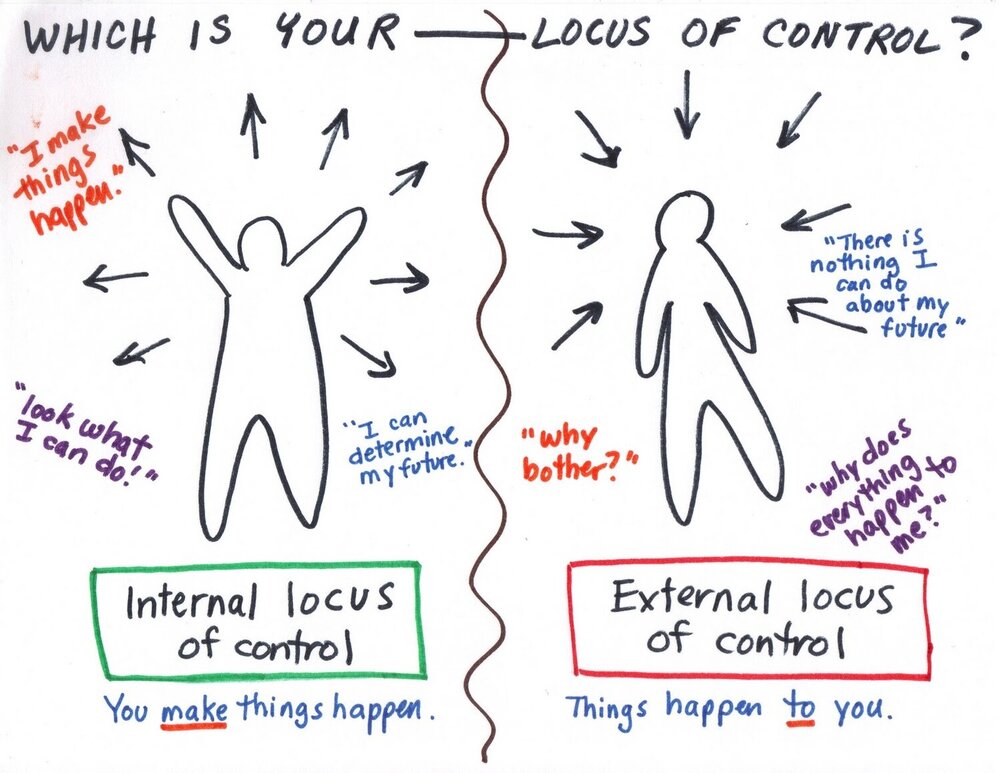 So how do you stay in control when everything is out control?

The key to retaining control is knowledge.

Whereas job-seekers with an external locus of control see the future as essentially unknowable, job-seekers who take charge of their destinies recognize that certain future outcomes are vastly more likely — and then build a solid plan around those likelihoods.

This is the easiest effect to predict since it’s happening already — the massive layoffs of millions of workers in the most affected industries (travel, hospitality, etc.).

But here’s some less obvious news: There were actually over 1,000,000 jobs posted in the US last week.

This may seem surprising, given all the bad news hurtling our way. But it makes total sense once you understand how hiring really works.

That’s because, in order to post a job at most organizations:

And so, with all of those hoops jumped through, hiring managers aren’t about to give up just because things are uncertain. Instead, the endowment effect of having invested so much in the process already will keep hiring alive for at least a little while longer.

That’s great! So nothing to worry about now?

Well, there are two things to consider:

And while #2 may seem like a small price to pay to weather this storm, it’s not one that most job-seekers have fully thought out. Because as someone who’s done dozens of video interviews on both sides of the hiring table, there are three big mistakes almost everyone makes. 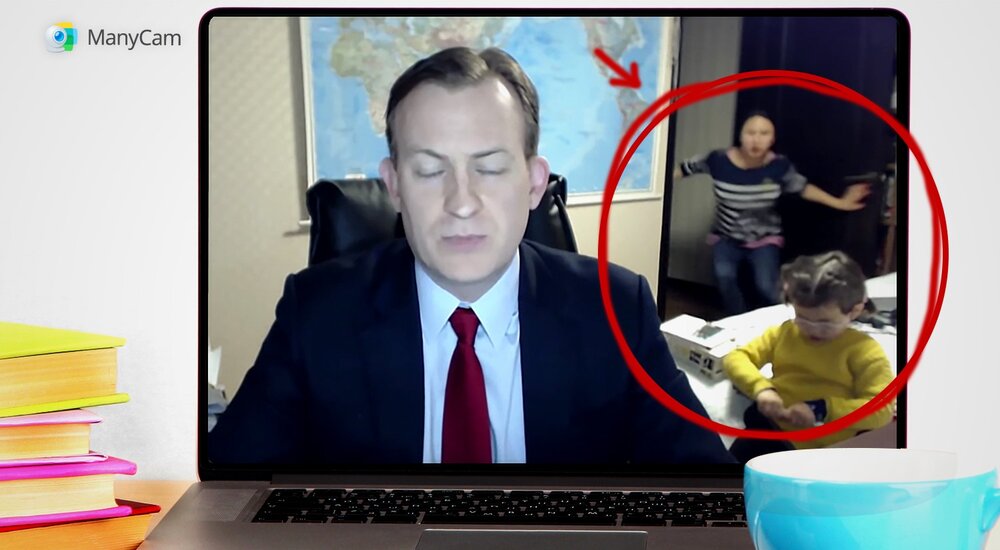 What are the biggest video interview mistakes?

Although everyone focuses on the technical challenges (and yes, be sure to practice using Zoom, Webex, etc. ahead of time), the biggest video interview mistakes actually have more to do with mistaken human assumptions: 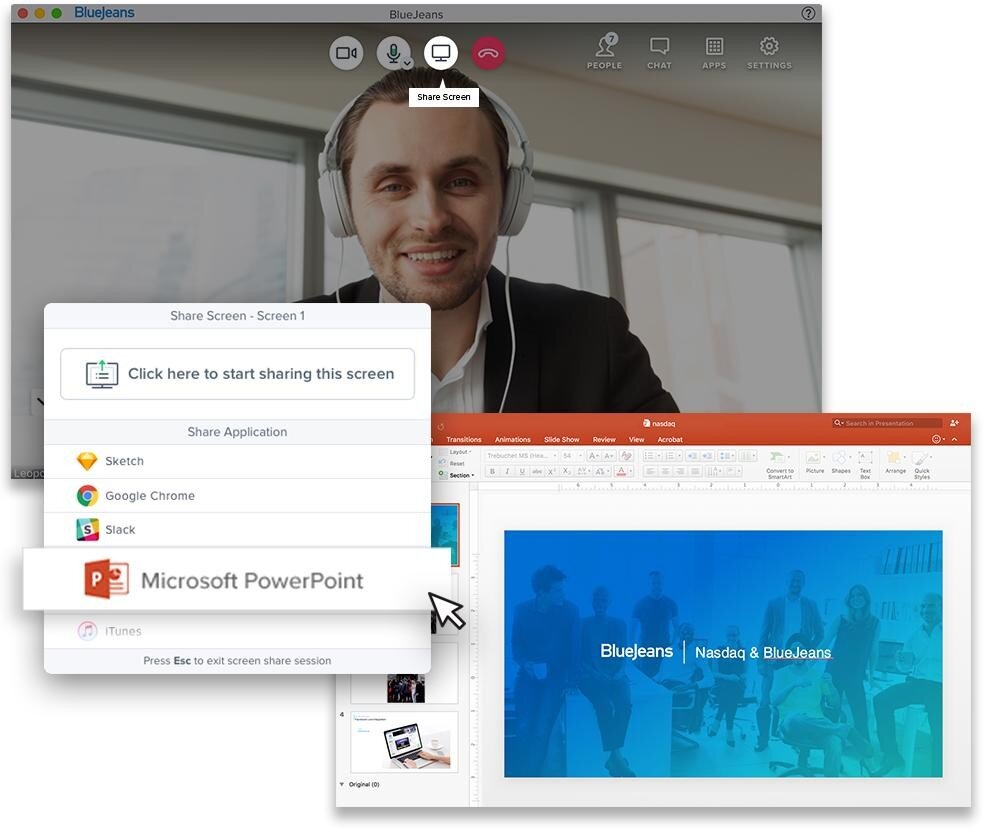 And lest you think that the above recommendations are just nice-to-haves, always remember that humans make decisions about each other based on two simple perceptions:

So body language, concision, and visuals all play a huge part of shaping those perceptions — especially when interviewers don’t have an in-person encounter to go on!

Finally, to make sure that all of these factors are on-point, record yourself ahead of time using LinkedIn’s new video interview feature. And then get feedback from your network on those two critical dimensions (Did I seem competent/like I could do the job? + Did I seem warm/like you’d want to do the job with me?) so that you’re ready for primetime.

But what if I’m not ready to search today? What are the 2nd Order Effects?

While hiring is still robust at this very moment, it’s also already unequal.

For example, of those 1,000,000+ new jobs, there are vastly more in, say, Project Management than in Cruise Directing: 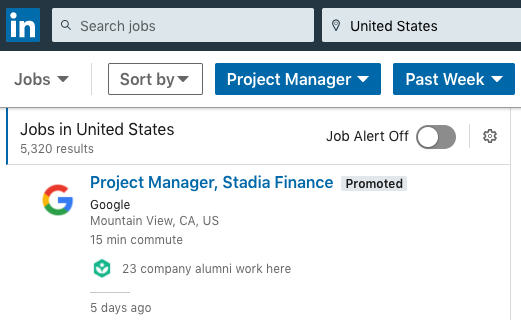 And so hit from both B2C and B2B angles, even a blue-chip firm like Google will have no choice but to cut back its previously robust hiring.

Sure enough, that’s exactly what’s happening across firms as diverse as Adobe and Adidas — even with seemingly no direct connection to the pandemic: 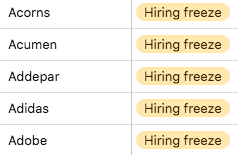 So if I want to start searching in a month or two, what should I do?

Given the expected reduction in job postings and the massive increase in applicants (as layoffs roll through the economy), job searching later this spring or summer will mean facing a much more competitive talent pool.

And given that 90-99% of all candidates are ruled out at the application phase (i.e., they never receive an interview), increasing your odds at this first stage is your single greatest point of leverage.

So that means finding a way around the recruiter who stands between you and an interview:

1) By de-risking your candidacy. For a recruiter, the easiest reason to reject you is because you seem risky — maybe you’re not perfectly aligned with their role, maybe you don’t have lots of obvious experience, maybe he/she just isn’t familiar with the places you’ve worked. And while you can work on shoring all of those up on LinkedIn and your resume, the single fastest way to de-risk your candidacy is to get an insider to go to bat for you. Sure enough, referred candidates are 10X more likely to get the job, so if you do nothing else to improve your odds this year, get a referral. 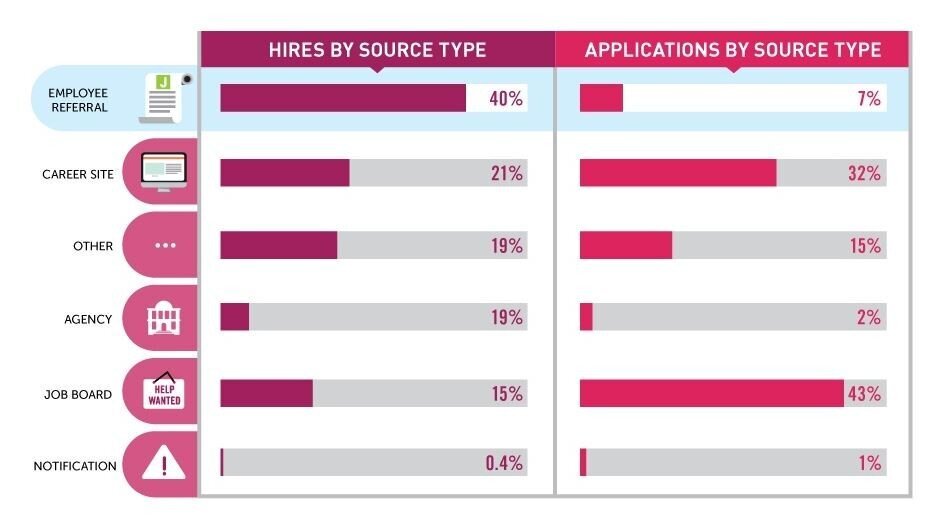 2) By going straight to the hiring manager. But let’s say it’s now July 2020 and there are 1,000 candidates applying for each job. Even if just 7% of them get a referral as the stats above suggest, that’s still 70 referred candidates — far too many to interview. So if you want to increase your odds even further, consider going the extra step and making your case straight to the hiring manager. Unlike the recruiter, the hiring manager bears all the consequences of the new hire, so he/she has a very strong incentive to connect with awesome talent. And using my LinkedIn hack, you can now identify and engage the very hiring managers who welcome your outreach. 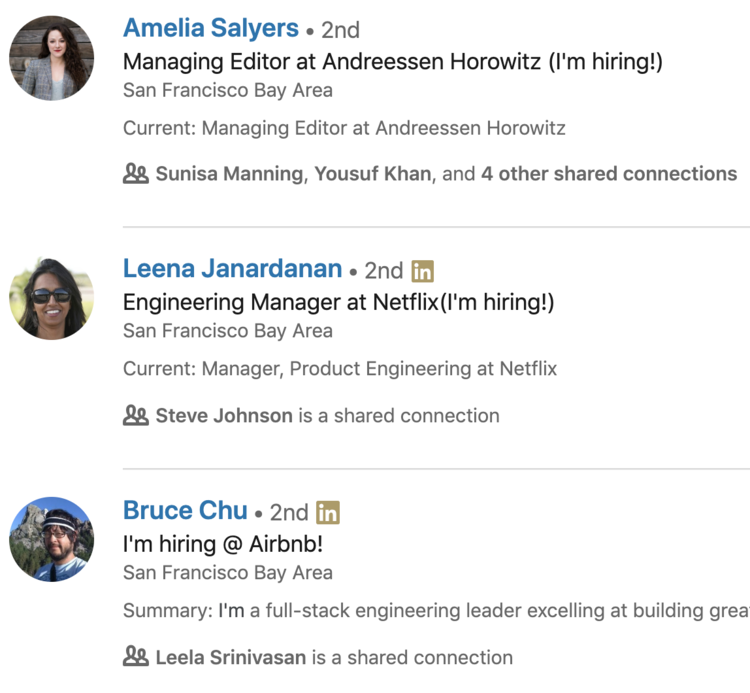 So even though the labor market may look daunting this year, remember that where you place the locus of control is still up to you. Because no matter the odds, you can always take those 1-2 extra steps to stand out and keep your career destiny in your hands.

What about after this is all over? What should I focus on this fall or next year?

While the toughest prediction of all is the exact date when the pandemic will recede, the precise timing is actually relatively unimportant to long-term career strategy.

That’s because whether things slowly revert to normal this summer or whether the first vaccine isn’t rolled out until next summer, some of the 3rd Order Effects of the crisis are already starting to become clear.

To understand this connection, we need only look at the way that previous crises continued to shape our lives years after the initial threat subsided: 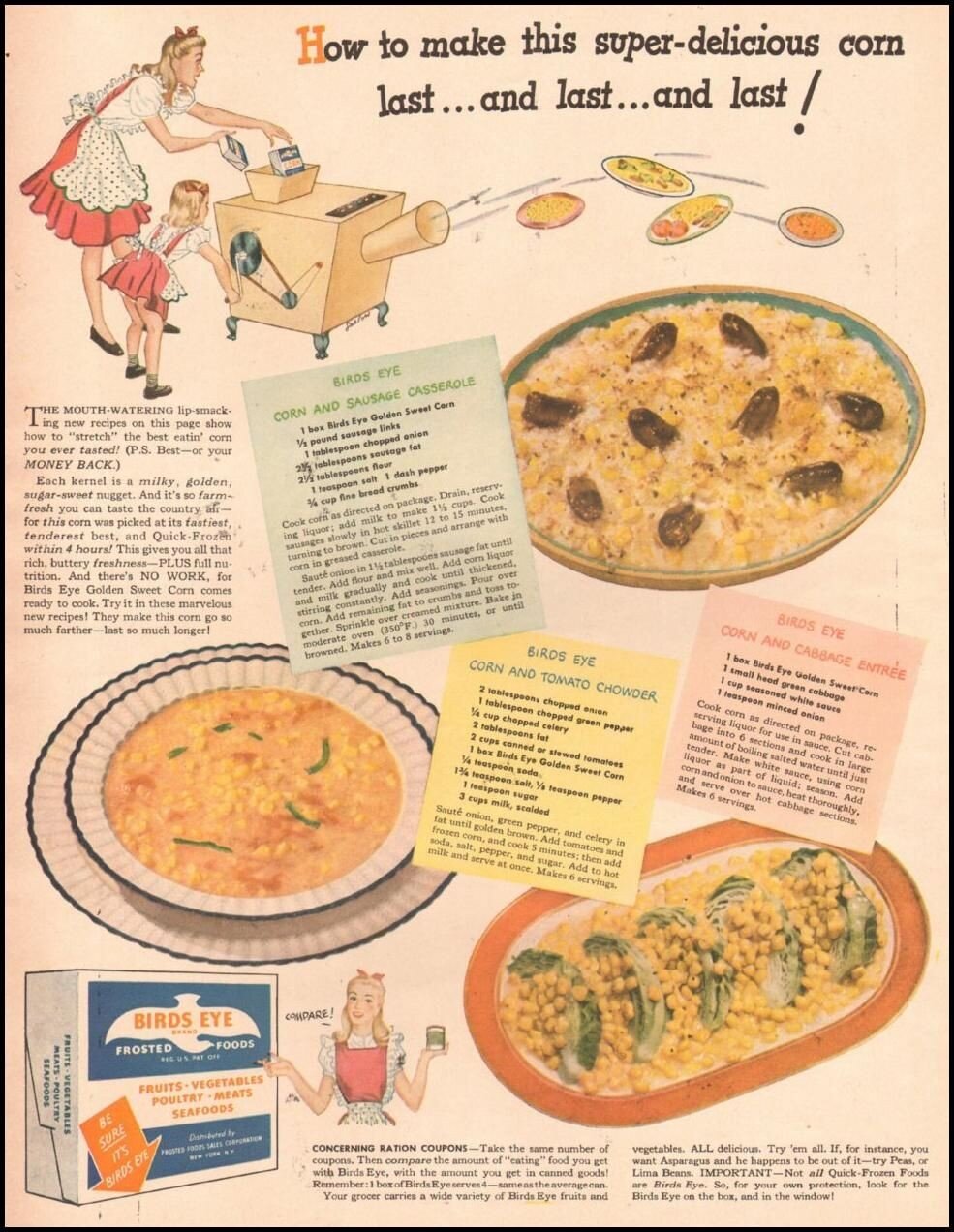 So what will the 3rd Order Effects of the pandemic look like?

If the 1st Order Effect was layoffs and shutdowns in directly-related industries (travel, dining, live entertainment) and the 2nd Order Effect is rolling hiring freezes across the rest of the economy, the 3rd Order Effect will speak to what’s left standing after the crisis has wreaked its havoc.

And so just like with the now-permanent changes wrought by former crises, it’s clear that certain changes taking place today won’t be easily given up: 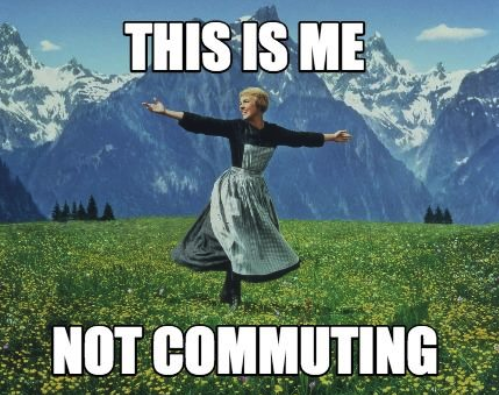 And what do all these changes have in common?

They all favor the tech industry.

So given that the pandemic represents an all-out assault on our physical lives — in-person meetings, brick-and-mortar stores, etc., its greatest 3rd Order Effect will be an acceleration of existing trends towards more digital living.

What does that mean for my career?

Even if you’re not looking for a job today, this accelerating trend means you may want to keep your eye on the tech industry for future opportunities.

Because, to paraphrase Wayne Gretzky, you always want to skate where the puck is going, not just where it’s been.

And so if you can imagine a world where Amazon is the largest grocer, Zoom is the primary facilitator of work meetings, and Netflix is the dominant way people watch movies, you may want to consider the many roles at firms like these — and which ones are right for you: 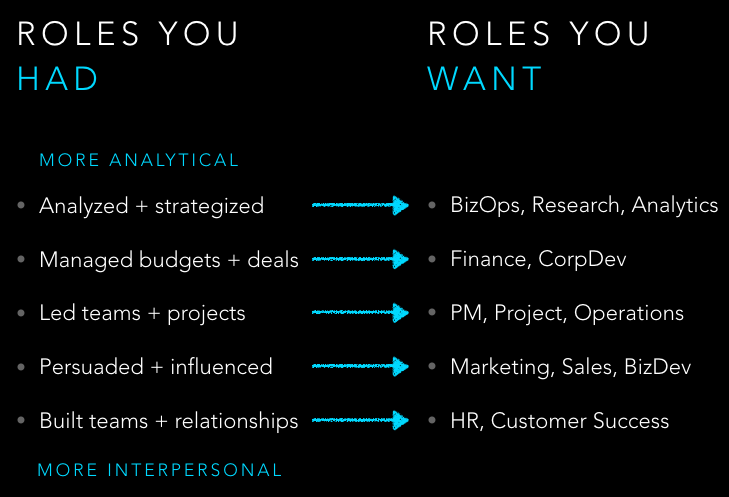 So start reaching out to alumni who work in the roles that most intrigue you. Because if there ever was a time when you could count on others to be waiting at home and happy to do a video chat, well, now is that time!

And that way, when the crisis does recede and the future is here, you’ll be ready to seize it.

Woah — that’s a lot to think about. What should I focus on?

Thanks for joining me on this exploration of what the future holds. I know things feel incredibly uncertain at the moment — and that the immediate horizon looks bleak.

But if you take away only one lesson, it’s that no matter how dark things get for the world as a whole, you always retain an incredible superpower: The ability to change your own future.

Whether that’s by accelerating your timeline, building a human connection via video, taking an extra step to stand out, or pivoting your focus to where the future is headed, all those tools are firmly within your reach.

I wish you well on the adventure ahead. 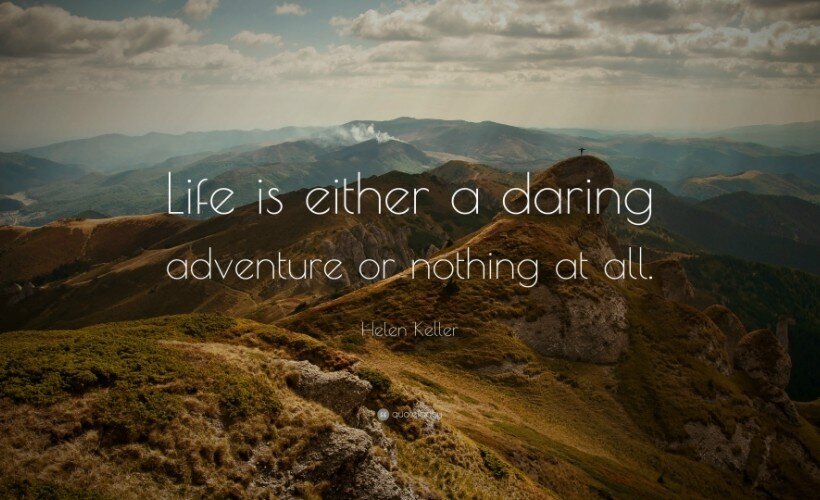 By Jeremy Schifeling - Break Into Tech