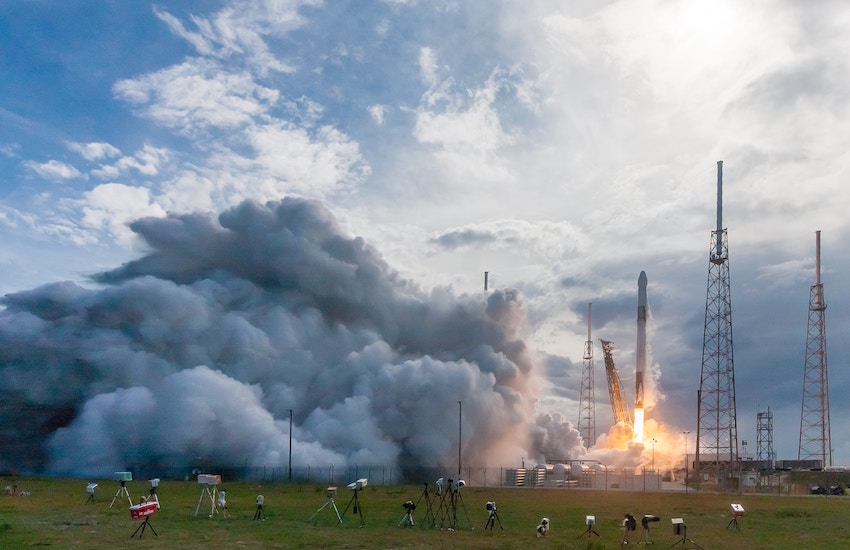 21 Interview Questions You Need to Nail to Work for Elon Musk was originally published on Firsthand.

This year, two Elon Musk-led companies ranked in the top 10 in Vault’s Most Prestigious Internships Rankings. While Tesla, which ranked No. 7., is perhaps the more well known of the two, it is SpaceX, which ranked No. 10., that’s more valuable. Latest valuations put Tesla, the electric vehicle giant, at $32.8 billion and SpaceX, the spacecraft and space-launch services leader, at $33.8 billion. And recent estimates put SpaceX as being worth more than $120 billion in the near future.

Setting aside the possibility of reaping massive financial rewards if you work for one of Musk’s private companies and it goes public and you own shares in it, there are not many more companies that look better on a resume than Tesla or SpaceX. As you can imagine, getting into these companies is no easy task. With companies led by such a brilliant, forward-thinking, innovative leader as Musk, you’ll have to have a stellar academic record, a lot of interesting extracurriculars, and a fair amount of relevant work experience. You’ll also have to answer a fair number of difficult interview questions.

To that end, when taking our annual Internship Survey this past summer, SpaceX interns told us that they had to answer numerous questions—some easier than others—in order to get hired. And here, below, are some of those questions they were asked. (Note that the questions vary depending on the role you’re interviewing for; SpaceX looks for employees in many areas, across all engineering functions and business operations, and the firm hires undergrads, recent grads, grad-school students, MBA students, and law school students.)

1. What makes you think you’re a good fit for SpaceX?

2. When have you failed and how did you learn from it?

3. Tell us about a time when you had to solve a problem with little to no information about it.

4. What kinds of challenges have you faced and how did you overcome them?

5. If I asked you to quit your job and start working at SpaceX tomorrow, which three things would your manager miss most about you?

7. Of all your past projects, pick your favorite and explain to me your role, contribution, and lessons learned.

SpaceX interviewees recommend that you “Work on something cool and be able to speak in detail about the specifics of what you did. Own the project.”

8. How would you design a hammock stand?

9. What’s the first thing you consider when designing for manufacturability?

10. How would you analyze a bridge you were trying to cross to figure out if it was sturdy enough to support you?

11. You’re on a small row boat in a lake with a rock in the boat. You throw the rock overboard, does the water level in the lake rise or fall?

12. When you’re riding your bike, what is traveling faster: the chain on the bike or the ground below the bike?

13. Where in the world can you walk 1 mile north, 1 mile east, then 1 mile south and end up where you started?

14. You have a hot mug of coffee, controlled room-temperature air, and a small volume of creamer in the fridge. If you only have one hour to get your coffee as cool as possible, when do you add the creamer?

“Know different things about the mechanics of materials such as stresses and moments of inertia, as well as general material properties.”

15. What considerations do you have to take in account when shipping a rocket across country?

16. Where do you want center of pressure on a rocket? Why?

17. How would you stop a large mass traveling at a certain speed and reset it?

18. Design a system to deliver propellant to a rocket on the launch pad.

19. Describe how you’d go about performing a thermal analysis on a spacecraft.

20. How would you determine the thrust generated by a spherical pressure vessel in a vacuum with a circular exhaust hole?

21. Could you tell an astronaut, “No, we’re not going to do that,” when their safety was at stake, and why?

“You should have knowledge of rocket engine cycles and reasons why choices are made in engine design.”

For more information on SpaceX, its internship program, and what it’s like to work for the firm, see SpaceX’s Vault company profile and its Vault internship profile.