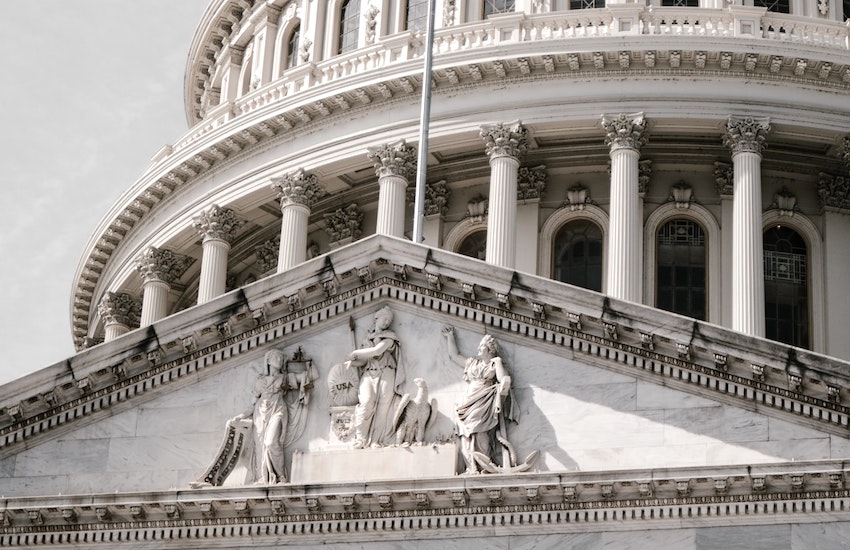 For many people, law school isn’t just a stop on the way to a career as an attorney but a stepping stone to a life of service.

Take Democratic vice-presidential candidate Kamala Harris, for example. From a young age, Harris seemed destined to serve something greater than herself. She grew up in Berkeley, California, and when she was a toddler, her parents strapped her into her stroller and took her to Civil Rights marches. When she was older, her mother told her, “Don’t just sit around and complain about things. Do something.”

After graduating in 1986 from Howard University with a degree in political science and economics, Harris attended the University of California Hastings College of Law. There, she served as the Black Law Student Association president and an advocate for greater campus diversity as part of the Legal Education Opportunity Program. As for why she decided to pursue a legal career, Harris told her law school’s publication, “Lawyers have a profound ability and responsibility to be a voice for the vulnerable and the voiceless.”

Harris also credits her maternal grandfather P.V. Gopalan as influencing her decision to enter the legal field. When she visited him in India in her youth, she frequently overheard his discussions with his friends about politics, corruption, and justice.

Harris received her J.D. in 1989. And a fact that will be a source of comfort to those preparing to take the bar is that Harris failed the bar exam on her first try, joining a list of other high-profile politicians, including Michelle Obama and John F. Kennedy, Jr., who went on to have successful careers after failing to pass the exam on their first go.

Changing the system from the inside

After passing the bar in 1990, Harris joined Alamede County prosecutor’s office in Oakland as an assistant district attorney specializing in prosecuting child sexual assault cases. She then prosecuted homicide and robbery cases as a Deputy District Attorney. Harris said that she became a prosecutor because she wanted to change the system from the inside. She used this belief as a pitch for her brief presidential campaign, stating that voters could trust her to reform the criminal justice system since she knows it inside out.

Her time in the prosecutor’s office came to an end when she won the San Francisco district attorney race in 2003 and became California’s first Black district attorney. “My vision of a progressive prosecutor was someone who used the power of the office with a sense of fairness, perspective, and experience, someone who was clear about the need to hold serious criminals accountable and who understood that the best way to create safe communities was to prevent crime in the first place,” Harris wrote in her memoir, The Truths We Hold.

A majority of the criticism she currently faces comes from her time in the DA’s office, where, during her first three years, the city’s conviction rate increased from 52 percent to 67 percent. She used her time in the DA’s office to become a criminal justice reformer, where she shifted her focus to improving support for people leaving prison. Her most successful program, “Back on Track,” allowed first-time drug offenders to receive a high school diploma and a job while avoiding prison time.

Attention is also drawn to her handling of California’s “three strikes” law, where someone who committed a third felony could face 25 years to life in prison, despite if the third felony was a nonviolent crime. Instead, Harris instructed the DA’s office to only charge for a third strike if the felony was a serious or violent crime.

From 2011 to 2017, Harris served as California’s Attorney General. After the birth of the Black Lives Matter movement, she created Commission on Peace Officer Standards and Training (POST), a certified law enforcement training initiative that addressed racial bias and procedural justice. Part of POST included requiring the California Department of Justice to mandate body cameras and created OpenJustice, a platform that allows the public to track the report killings by police officers.

“I as a general matter believe that we should invest in the ability of law enforcement leaders in specific regions and with their departments to use their discretion to figure out what technology they are going to adopt based on needs that they have and resources they have,” Harris explained. High on her list of priorities was prosecuting human trafficking. She has stated that human trafficking “[a]t its core, this is a pure law enforcement issue, and we must address it. We’ve got to send victims a signal that we are.”

Her anti-truancy policy has arguably gained the most attention on the campaign trail. She remediated the issue of truant students by passing a law that made it a misdemeanor for parents to allow their children, who were in kindergarten through eighth grade, to miss more than 10 percent of school days without an excuse. If a child missed more than 10 days without an excuse, the parents would face a $2000 fine or up to one year in jail. She received negative feedback because parents were criminalized for circumstances outside their control. Harris apologized for the policy, saying that she “regret[s] that that has happened and the thought that anything I did could have led to that.”

Harris’s political career continued in 2016 when she won her U.S. Senate race. She defeated fellow Democrat Loretta Sanchez, who had 20 years of experience under her belt. Harris has introduced and cosponsored legislation to raise wages for working people, reform the criminal justice system, make health care a right for all Americans, address the epidemic of substance abuse, support veterans and military families, and expand access to childcare for working parents. Since arriving in D.C., Harris is a member of four committees, including the Committee on the Budget, Committee on Homeland Security and Governmental Affairs, Select Committee on Intelligence, and Committee on the Judiciary.

Entering and reentering the presidential race

On January 21, 2019, Harris announced her presidential campaign and, on Good Morning America, said, “I love my country, and this is a moment in time that I feel a sense of responsibility to fight for the best of who we are.” Given Harris’s lifelong devotion to advocacy, it was only appropriate that her campaign slogan was “For the People.” Her platform included eliminating private prisons, provide subsidies for renters and homeowners, study reparations, and boost teacher pay, among other issues

She ended her campaign almost a year later, on December 3rd, but returned to the presidential race this past August as Joe Biden’s running mate on the Democratic ticket. If elected, Harris would become the first woman, first Black woman, and first Asian-American to ever serve as vice president of the United States.